Everything You Need to Know about Glaucoma

Glaucoma is a group of eye diseases that cause progressive damage of the optic nerve at the point where it leaves the eye to carry visual information to the brain.

If left untreated, most types of glaucoma progress, without warning nor obvious symptoms to the patient, towards gradually worsening visual damage and could eventually lead to blindness. And if sight is lost to glaucoma, the visual damage is mostly irreversible. This is why glaucoma has also been labeled as the “silent blinding disease” or the “sneak thief of sight”.

There are several types of glaucoma. Some may occur as a complication of other visual disorders (the so-called “secondary” glaucomas), but the vast majority is “primary”, i.e. they occur without a known cause. It was once believed that the cause of most, or even all glaucomas, was high pressure within the eye; known as intraocular pressure, sometimes abbreviated as IOP. It is now established, however, that even people without an abnormally high IOP may suffer from glaucoma. Therefore, intraocular pressure is considered one of the risk factors, yet there are additional factors to consider such as racial ancestry, family history, high myopia, and age.

While there is no clearly established difference in glaucoma incidence between men and women, some forms of glaucoma may occur at birth (congenital) and some others during infancy and childhood (juvenile). In most cases, however, glaucoma appears after the 4th decade of life, and its frequency may increase with age.

The most common types of adult-onset glaucoma are ‘Primary Open Angle Glaucoma (POAG)’, a form most frequently encountered in patients of Caucasian and African ancestry, and ‘Angle-Closure Glaucoma (ACG)’, which is more common in patients of Asian ancestry. Angle-Closure Glaucoma is often chronic, just like POAG, but can sometimes be acute, in which case it usually appears as a very painful ocular condition leading to rapid vision loss.

Furthermore, ‘Exfoliation Syndrome (XFS)’[1] is the most common recognizable cause of open-angle glaucoma worldwide, accounting for the majority of cases in several countries and is estimated to affect 60-80 million people. It is also associated with angle-closure and numerous systemic diseases. It has also recently been associated with inguinal hernia, chronic obstructive pulmonary disease, skin cancer, and atrial fibrillation. It is potentially preventable and a significant amount of research into its genetics, biochemistry and cell biology is underway.

Who is at risk?

There are people who are more vulnerable to getting glaucoma. This includes:

The current state of glaucoma worldwide

Currently, there is no cure for glaucoma, and vision loss due to glaucoma is irreversible; however, medication or surgery (traditional or laser) can halt or slow down any further vision loss. Early detection is paramount to limiting visual impairment and preventing the progression towards severe visual handicap or blindness. Eye professionals can detect glaucoma in its early stages and advise on the best course of action.

To eliminate glaucoma blindness, we have to tackle three facts:

For most people living with glaucoma, treatment can prevent further damage. That means, the earlier the diagnosis, the more vision there is to save and the less likely it is that the person will become visually handicapped. The World Glaucoma Week (WGW) alerts members of the broad community to the need for regular simple eye checks, allowing for earlier detection.

While you may not be able to fully control the onset of glaucoma, you can take preventative steps to help minimize the risk of glaucoma, including:

Glaucoma tests are painless and do not take too long. The best way to spot glaucoma early on is through regular eye exams with your eye-care professional, including:

While glaucoma damage cannot be reversed, and it is not always possible to fully stop the progression of the disease, it can almost always be slowed with proper treatment. Treatment is dependent on your specific case and type of glaucoma, but can include:

New treatment research is focused on lowering pressure inside the eye, finding medications to protect and preserve the optic nerve from the damage that causes vision loss, and the role of genetic factors.

The future of glaucoma

The impact of glaucoma on the world is expected to grow in the coming years. It is staggering that the number of people living with this disease is projected to increase to more than 111 million by 2040.

However, healthcare professionals are gradually getting closer to understanding the genetics of glaucoma and the reason vision is damaged on a cellular level. This advancement will pave the way for new treatment strategies with the tantalizing possibility of actually being able to reverse damage caused by the disease.

Furthermore, artificial intelligence (AI) driven interpretations of images of a person’s optic nerve promises to revolutionize early detection on a large scale. This is most exciting, as it will allow more accurate diagnosis and earlier onset of effective treatment.

We are committed to providing high fashion, high-quality optical solutions in Jamaica. Our optical care is supported by advanced technological methods that respect and enhance the individual style of our customers.

How to: use eye drops

How to: clean your spectacles 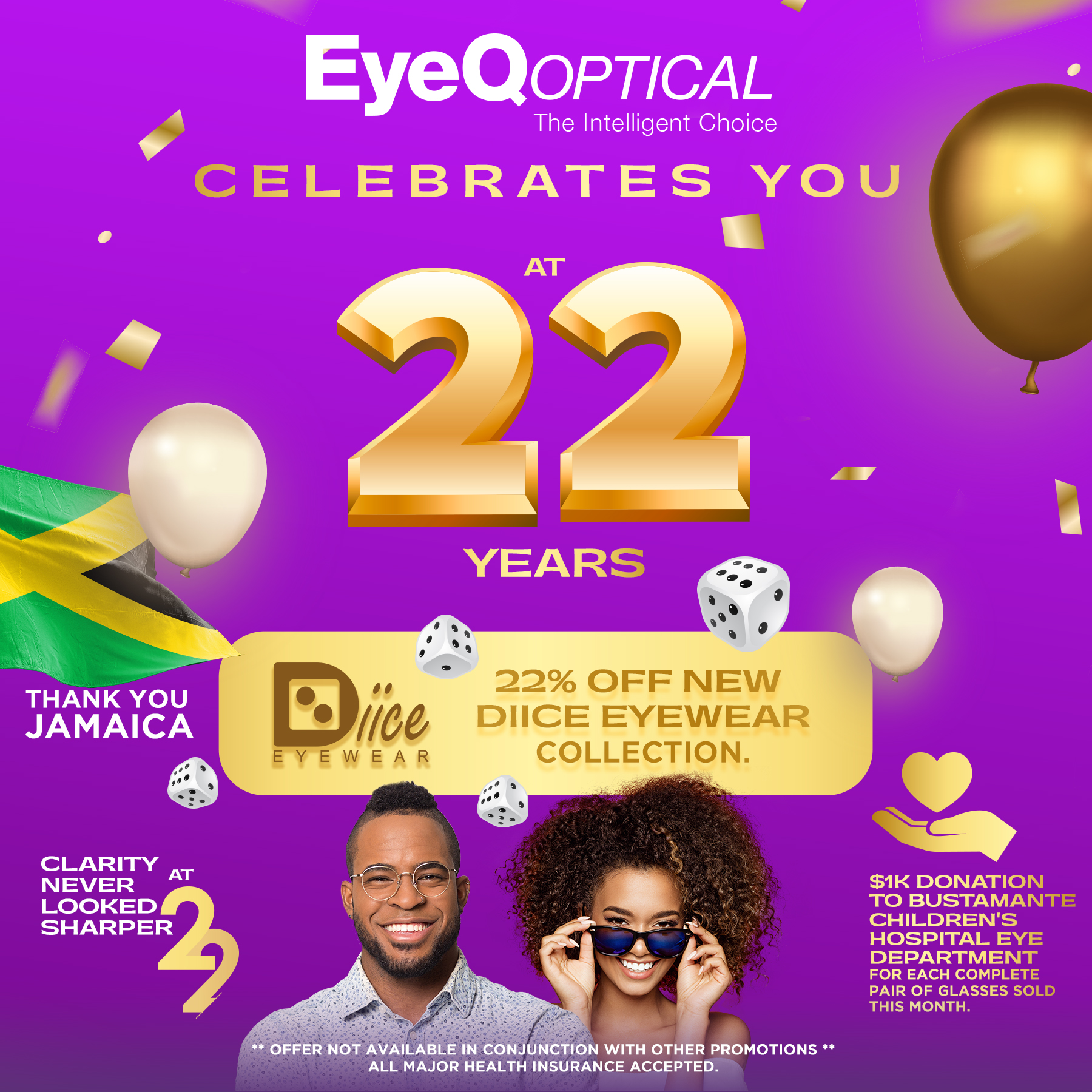 Thank you for making Eye Q Optical your “Intelligent Choice”. If you have any queries, please do not hesitate to contact us by email at info@eyeqjamaica.com

This website uses cookies to improve your experience while you navigate through the website. Out of these, the cookies that are categorized as necessary are stored on your browser as they are essential for the working of basic functionalities of the website. We also use third-party cookies that help us analyze and understand how you use this website. These cookies will be stored in your browser only with your consent. You also have the option to opt-out of these cookies. But opting out of some of these cookies may affect your browsing experience.
Necessary Always Enabled

Performance cookies are used to understand and analyze the key performance indexes of the website which helps in delivering a better user experience for the visitors.

Analytical cookies are used to understand how visitors interact with the website. These cookies help provide information on metrics the number of visitors, bounce rate, traffic source, etc.

Advertisement cookies are used to provide visitors with relevant ads and marketing campaigns. These cookies track visitors across websites and collect information to provide customized ads.

Other uncategorized cookies are those that are being analyzed and have not been classified into a category as yet.