Book Your Appointment
WHO ARE WE? 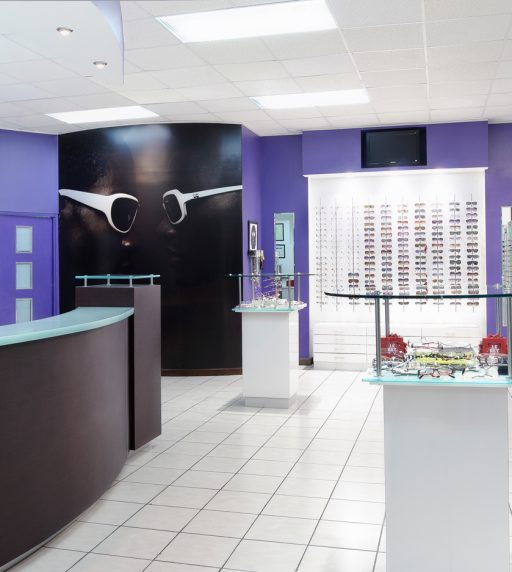 Eye Care with a Difference

We have a BIG Vision!

Eye Q Optical opened its doors in April 1999. Among our products are the latest frame selections and trendy sun wear. It’s no secret that our frames look good because we employ modern lens technology to manufacture each lens for each frame. Make an intelligent choice today for clearer vision!
Our optical care is supported by advanced technological methods that respect and enhance the individual style of our customers. We are devoted to serving our customers in a warm, professional, family-like atmosphere consistent with the spirit and values of Eye Q Optical.
We will always aim to be the eye care provider of choice in Jamaica, always preferred for outstanding optical services and fashionable eyewear provided in an environment of care and professionalism by knowledgeable and caring staff.

To find out more just give us a call! 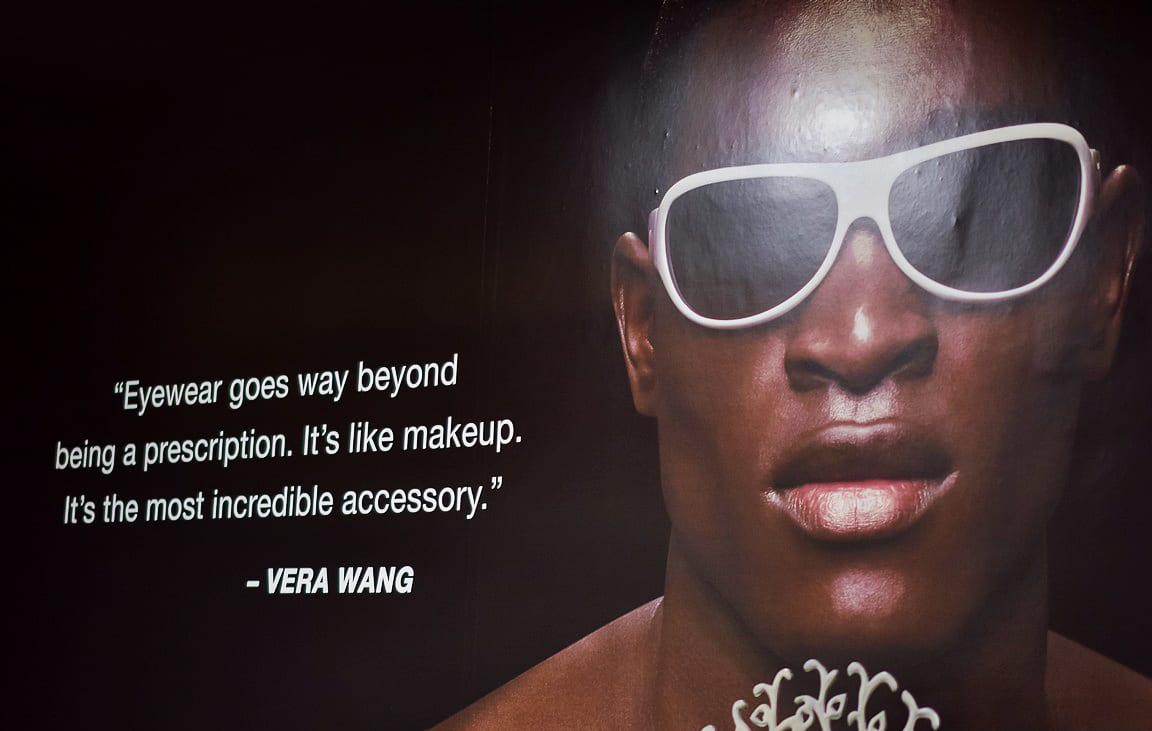 Mission Statement Eye Q Optical is committed to providing high fashion, high-quality optical solutions in Jamaica. We are devoted to serving our customers in a warm, professional, family-like atmosphere consistent with the spirit and values of Eye Q Optical.
Vision Statement To be the eye care provider of choice in Jamaica, always preferred for outstanding optical services and fashionable eyewear provided in an environment of care and professionalism by knowledgeable and caring staff.
2

The quality you deserve. 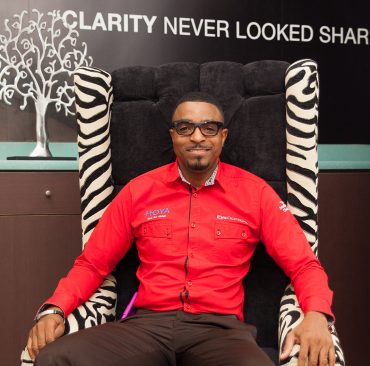 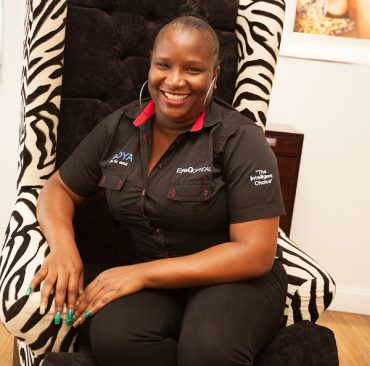 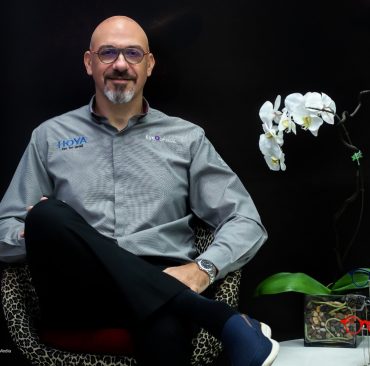 Certified Optometrist
View All Team
Eye Q Optical opened its doors in April 1999. Among our products are the latest frame selections and trendy sun wear. It’s no secret that our frames look good because we employ modern lens technology to manufacture each lens for each frame. Make an intelligent choice today for clearer vision! The Eye Q Way 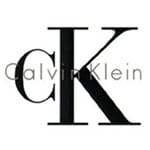 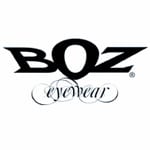 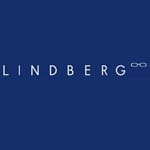 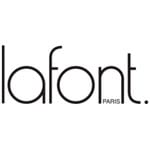 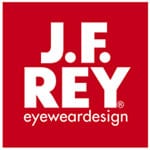 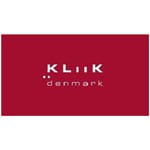 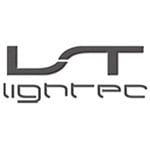 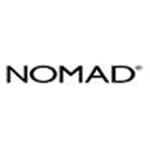 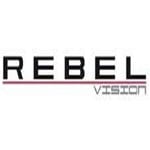 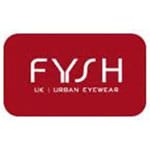 One Of A Kind

THE POWER OF EYEWEAR

Talk about the power of the lens. And let’s not forget, Scott Summers or The X-Men’s Cyclops, who relies on high tech lenses made of ruby quartz to control his fi re-shooting eyes, a blast of optic force. 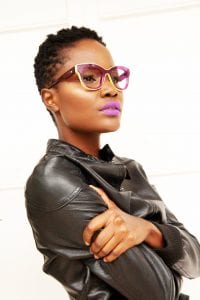 But kryptonite and comic-book-chaos aside, people have long depended on eyeglasses or spectacles to aid vision. The first historical reference harks back to the time of the Pharaohs, where ancient Egyptian hieroglyphs from the eighth century were found to depict simple glass lenses.
The earliest written record though, dates back to the first century when Seneca the Younger, a tutor of Emperor Nero wrote: “Letters, however small and indistinct, are seen enlarged and more clearly through a globe or glass filled with water.” It’s also said that Nero would watch the gladiatorial games using an emerald as a corrective lens. Fast-forward hundreds of years (1784 to be exact), to when American inventor, Benjamin Franklin, designed the bifocal lens.

However, while eyeglasses would undergo many changes, they would remain one of the most important inventions in history. In fact, a myriad of professionals including artisans, glassmakers, jewelers, clockmakers, along with some of the most brilliant scientific minds have contributed to developing this vital instrument. Somewhere along the way, their role shifted somewhat, from simply an aid to that of a more fashion accessory. It’s true that at one time, those who sported eyeglasses were perhaps thought of as “nerds”, but these days, frames are found on the faces of citizens around the world—Hollywood included—and are often the season’s hottest accessory. Take Whoopi Goldberg, Elton John, Spike Lee, Randy Jackson and Tina Fey for example—and let’s not forget the enduring popularity of the bespectacled young wizard Harry Potter and his trademark Windsor frames! Spotting the trend, Eye Q made sure to master the fundamental paring of “the functional” with “the fashionable”. Just ask any of the fashion world’s top clothing designers who have extended their labels to include stylish frames, often with starring roles in major ad campaigns. Speaking of fashion, frames are as diverse as the many labels that make them. Hip international designers like Face à Face and Lafont, both based in Paris, take frame wear design to a whole new level. Unconventional ideas and colours turn optical design on its head—Baroque-period styled frames intertwined with futuristic elements reminiscent of the “matrix” mode—and these designers are truly industry leaders and trendsetters. These along with a wide range of other innovative frame designers can be found at Eye Q.

Here on “The Rock”, local celebrities such as Simon Crosskill, Tarrus Riley, and Kingsley Cooper are known for their frames. According to the Pulse Model Management front man, Cooper—who is currently enamoured with his Hummer frames, as well as his Hugo Boss frames—his glasses are a fashion statement. “Glasses have always been a crucial part of the fashion landscape. Who can forget Jackie Kennedy Onassis and her famous sunglasses? Glasses have always been in fashion.” Cooper says he purchases from Eye Q because they fit into his personal frame style—fairly classic but with an edge. “They have great frames, great service and a highly professional operation.”

Many people wear frames daily, and so they must comply with fashion, form and function. As such, much research has gone into the production process of frames, and they can be made of a variety of metals including stainless steel, carbon fiber, titanium, aluminum, optyl, and nylon. With the various options now available people can change their frames in the same way they do shoes or handbags, and coordinate them with different outfits. Indeed the optical world is keeping abreast with the aesthetic demands of the haute couture crowd; photochromic lenses are all the rage. These lenses transition from clear to tinted depending on the light available, and those who once wore separate shades can opt to be both fashionable and functional all at the same time.

In addition, Eye Q prides itself by staying ahead of the crowd, utilizing and offering the latest technology in lenses. While they offer the photochromic lenses, “Anti Reflective coating is what it’s all about,” Dr. Aron Wohl of Eye Q Optical says, “it’s what sets us apart.” This coating—in keeping with their promise to provide the latest in eyewear and the best in quality—allows more light to pass through the lens, reducing the amount of glare, and drawing more attention to the eyes. Finally, you can take perfect pictures in your glasses! While options like contact lenses and corrective eye surgery might appeal to some, the eyeglass has earned its place in the hearts (and perhaps on the nose bridge too!) of its wearers. It’s more than just aiding vision; it is, these days, an extension of one’s personality.

I will show kindness and concern for my customers and colleagues in everything that I do for them or together with them.

I am always professional and achieve the level of competence that is expected of me by my work, customers & team.

I always follow the systems of the company. I will always look to the system for a solution to a problem before I look for a people solution.

I am fun loving and enthusiastic in everything I do such that I create an environment around me at home and at work that everyone may enjoy.

I will be dependable and loyal to my company, my customers, my colleagues and my family. I will be reliable so that my customers and team can depend on me.

I appreciate that there is a need for balance in everything I do. Financial, spiritual, physical, social, educational and my family time are all equally important.

I show respect for all and do not discriminate against anyone who may be different from me. I do not judge and have an open mind.

I am part of a team. Without me the team doesn’t operate effectively. I will ensure that I co-operate reliably and transparently with the other members of my team.

I am honest and always speak the truth. I only promise what I can deliver and advise at the first opportunity should something I promise not be achievable. I take ownership of my words and actions.

I will exchange information clearly and honestly with my customers so that they fully understand all their options when making a decision and any company policies that may relate to their transactions with Eye Q Optical.

I am accountable and responsible for my actions and results. I do not look to blame others or make excuses at work or in my life. I own what I do and am proud of who I am.

I am an expert in what I do. I shall constantly strive to educate myself and keep abreast of innovative advancements such that I may impart relevant & practical information to my customers and colleagues.

This website uses cookies to improve your experience while you navigate through the website. Out of these, the cookies that are categorized as necessary are stored on your browser as they are essential for the working of basic functionalities of the website. We also use third-party cookies that help us analyze and understand how you use this website. These cookies will be stored in your browser only with your consent. You also have the option to opt-out of these cookies. But opting out of some of these cookies may affect your browsing experience.
Necessary Always Enabled
Necessary cookies are absolutely essential for the website to function properly. These cookies ensure basic functionalities and security features of the website, anonymously.
Functional
Functional cookies help to perform certain functionalities like sharing the content of the website on social media platforms, collect feedbacks, and other third-party features.
Performance
Performance cookies are used to understand and analyze the key performance indexes of the website which helps in delivering a better user experience for the visitors.
Analytics
Analytical cookies are used to understand how visitors interact with the website. These cookies help provide information on metrics the number of visitors, bounce rate, traffic source, etc.
Advertisement
Advertisement cookies are used to provide visitors with relevant ads and marketing campaigns. These cookies track visitors across websites and collect information to provide customized ads.
Others
Other uncategorized cookies are those that are being analyzed and have not been classified into a category as yet.
SAVE & ACCEPT